I think it’s as interesting to talk about the post-Diopter as the pre-Diopter, so here’s a short epilogue of this adventure:

Then the first messages of users. Many concerning the installation of Diopter and the automatic installation software of Aescripts. Many more on a Diopter bug in 16 or 32 bpc. And a few were just stupid but classic :

– I do not find how to install Diopter!

– Have you consulted the Installation section of the user manual?

The majority of questions were answered by Lloyd Avarez himself (the creator of Aescripts) and very quickly. For the others, I took the time to answer them. In the meantime, I collected as much information as I could about  the users specs.

After August 18, the end of the discount, sales have been reduced: between August 19 and October 30, I sold 103 licenses or $ 2995. In one week of reduction I made 3 times more sales than in 2 months and some. I don’t know if it’s due to the high price of Diopter, the discount effect or novelty. Maybe a bit of all. 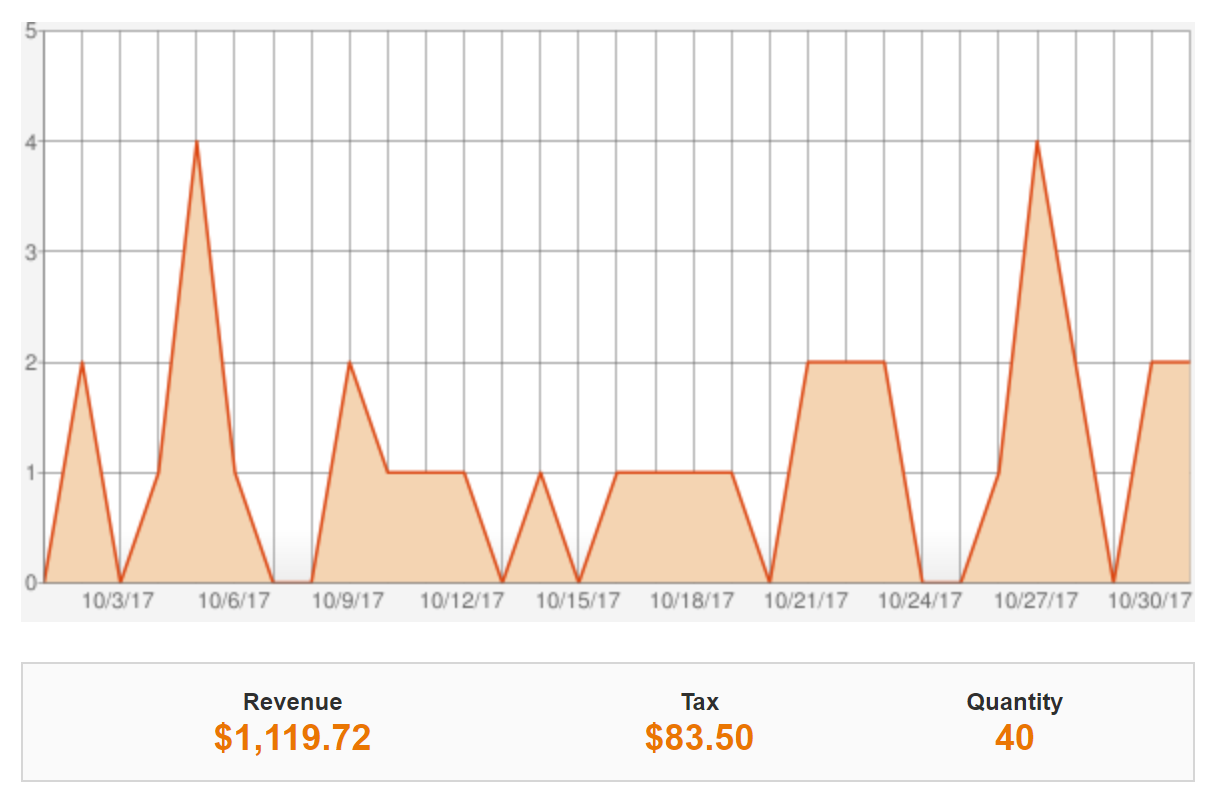 Sales chart for the month of October 2017 on the seller’s session on aescripts.com

I did not particularly communicate about Diopter. I just sent free copies to my entourage who talked about it on their facebooks and to some people to whom I owe a lot: Andrew Kramer of VideoCopilot, DuDuf of Duik, Mattias Peresini of Mattrunks, Nick Campbell of GreyScaleGorilla. I don’t think they talked about Diopter. However right after the release of Diopter, 2 sites immediately made a quick review of it : lesterbanks.com and theangryvideoguy.com.

Once the 16/32 bpc bug well identified, I contacted Tobias Fleischer who after 1 month responded favorably (lucky for me because I couldn’t find anyone else!) for $ 140.

My opinion on all this? Well, of course it’s great to get paid back so fast and even now to make a profit! But it’s also really fantastic to think that Diopter was able to interest so many people and some of the messages from users really moves me. A simple “your plugin is great man!” made my day 🙂 I ‘m thinking more and more about the plugin creation… We’ll see!

I wanted to thank again all the people who helped me, who believed in this project and all the users of Diopter.

I hope you like the plugin! Have a great day!